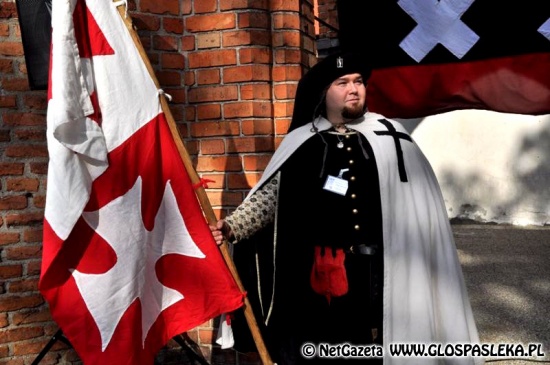 Die Darsteller der Ritter sind vorwiegend Studenten aus Paslek. Jan Kozlowski schrieb dazu: ” There are some photos from Jarmark sw Bartomieja from Paslek 29th September We started at 10.00 am with trade market for regional food, art craft and antique market. At 02.00 pm with more then two hundred small school children and their teacher’s we walk from old High Tower to old City Hall. There Teutonic knight give a city rights to Paslek village. After that we have some competition for medieval clothing and children from three school made shows from history of Paslek. At 04.00 pm started medieval games and after that we have show with twenty knights, fire show and music concert it the end.”